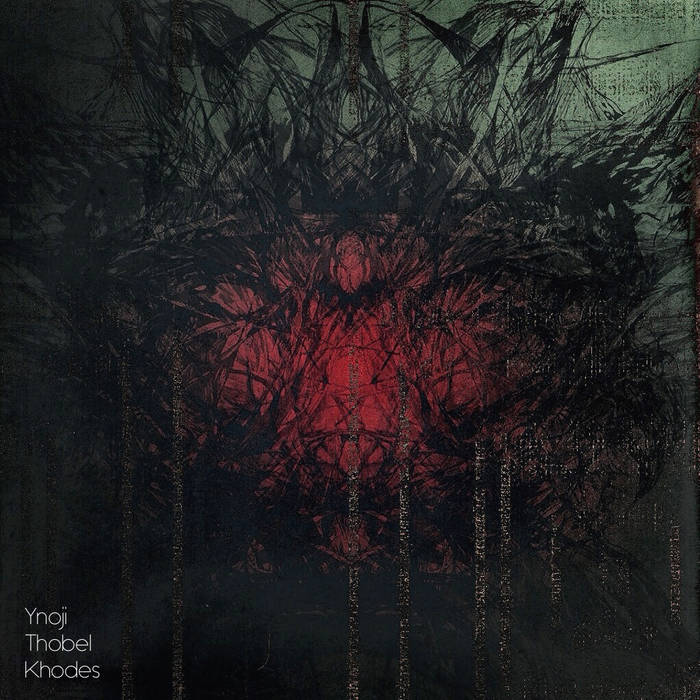 soundtracks are like long exposure photos..
but instead of showing just a recalled image.. a track might contain weeks, months, sometimes years of memory
memory that can only be described in sound.. intense..eternal

Thobel Khodes is the 7th compiled body of work( in chronological production order..; not release order.) by esoteric bass music producer Ynoji
this EP was mainly about the ideas and concepts behind the design of a biological operating system in a distant future society and how that would affect all forms of life

Om, StringTheory, religious chanting.. all reflect or try to describe what we all search for..

as on each Ynoji release, the album name is usually derived form a fictional star, in this case “Thobelan”
with having 4 planets
Fortone, Ibakusha, Theetan, Oilah
each having there “designed “ civilisation according to the properties of that planet..
each function, thus waveform, thus track, describes the properties of those people..
the genetic source code for their entire civilisation

YNOJI( read YNO like brian eno and JI like jeans) is derived from the french word "inouï ", meaning " unheard" or " unprecedented" and is the alias behind, producer, sound designer, tech nerd and dreamer Lucian Ditulescu.. ( or just Lu) Ynoji started making music in 2008, taking influences from The Prodigy, Burial and Massive Attack.
After the discovery of his now biggest influence Amon Tobin, his sound became more technical, exploring the realms of “ organic or intelligent manifestations in sound”
you could describe his signature as “Ethnical” or “Tribalistic”, using the power of processed ritualistic chanting to provoke emotion, and fusing it with broken beats and organic sounddesign.. taking sounds from everyday objects and turning them into digital “lifeforms”…  Now exploring the worlds of bass and ritualism he takes influences from all things industrial, weird and occult…it’s about sound.; and how sound permeates through all..
how sound relates to StringTheory, Om, and ritualistic chanting…